Take 5: What to watch at Ryder Cup -- besides Bryson and Brooksie 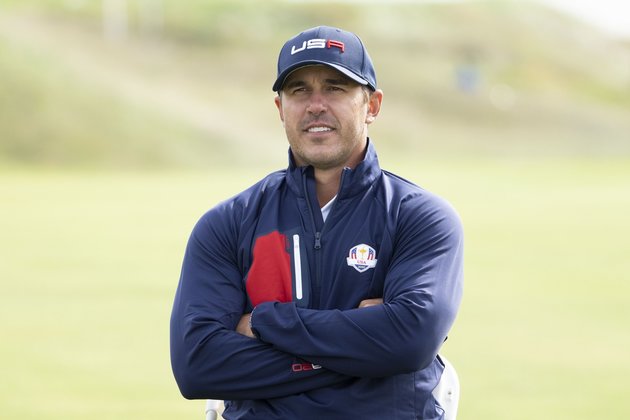 Everyone is tiring of golf's biggest feud, including Bryson DeChambeau and Brooks Koepka.

The U.S. teammates have sworn to put aside their long-standing bad blood while playing as teammates at the Ryder Cup.

"We had some great conversations Tour Championship week when we had dinner, and thenthis week, as well," DeChambeau said this week at Whistling Straits in Sheboygan, Wis. "I think there may be something fun coming up here moving forward, but won't speak too much more on that."

What we can say for sure is that DeChambeau and Koepka are just two of 24 golfers competing this week, and part of one of several gripping storylines.

As Team USA tries to defeat Team Europe for just the second time in their last six Ryder Cup meetings, here are five questions that may play an important role at Whistling Straits:

It's never too early to jump ahead to the final day of the competition.

After four-ball and foursomes take us through Friday and Saturday, the event is decided Sunday with 12 singles matches. And every golf fan should be rooting to see one matchup in particular.

This month's Tour Championship quickly became a two-man race between Patrick Cantlay and Jon Rahm, who played in the final pairing for the final two rounds with millions of dollars on the line. One week after besting DeChambeau in a six-hole playoff, Cantlay held off Rahm's push, though it shouldn't be forgotten that Rahm posted the better 72-hole score and only lost because of the event's staggered scoring start.

The result ultimately led to Cantlay beating Rahm for PGA Tour Player of the Year, too. Rahm will be out for revenge if he can get Cantlay one-on-one for some straight-up match play -- and that would be appointment viewing.

2. Does driving distance favor the Americans?

DeChambeau will head straight from Wisconsin to Nevada to compete in the Professional Long Drivers Association World Championship. It's little surprise that DeChambeau would fit an event like that into his schedule and supposedly "wreck" his hands training for it before the Ryder Cup. But his towering drives stand to help Team USA at Whistling Straits.

Whistling Straits may be a linksy sort of course, but it will clock in at 7,390 yards and a par-71 this week -- with the 11th hole temporarily converted from a par-5 to a long par-4. Another hole, the fifth, is 603 yards. It could be a bomber's delight.

U.S. captain Steve Stricker mentioned driving distance as a key factor for explaining several of his captain's picks. Eight of the 12 Americans averaged more than 300 yards per drive during the 2020-21 PGA Tour season. But don't forget that some of the top Europeans -- Rahm, Rory McIlroy, Sergio Garcia -- can pound the ball out there with the best of them.

What Team USA has in youth and power, the Europeans make up for in savvy and track record. Lee Westwood is set for his 11th Ryder Cup, which will tie Sir Nick Faldo for the European record. Garcia will play his 10th event, and Ian Poulter his seventh.

"Obviously I have a lot of respect for both of them," Westwood said of his veteran counterparts. "I think all three of us are very passionate about the Ryder Cup and we hold it in very high regard. We give it our all when we're involved."

4. Will Morikawa, Koepka be as healthy as they say?

Team USA boasts nine players ranked in the top 11 spots in the Official World Golf Ranking; Team Europe has just one. But that talent advantage can be diminished if not everyone is healthy.

Open Championship victor Collin Morikawa declared himself "100 percent healthy" after a back injury he sustained at the Olympic Games led to a poor finishing stretch at the end of the Tour season. "It built bad habits into my golf swing," Morikawa said this week, habits that he feels he's corrected.

Then there's Koepka, who withdrew from the Tour Championship with a wrist injury when he hit a tree root during a shot. But Stricker said Koepka assured him he's feeling better and ready to go.

5. Does Team USA have a new Sunday hero waiting in the wings?

Because Team USA is so young, many of their players are not personally haunted by the Americans' many losses of years past. But will they have someone who can go toe to toe with experienced opponents, and sink clutch putts in the unique pressure-cooker of a Ryder Cup singles match?

The new crop of Americans seem to present several candidates. Cantlay didn't earn the nickname "Patty Ice" this year for nothing. He also has international experience playing for the U.S. at the 2019 Presidents Cup. So does Tony Finau, who made clutch putts to preserve some half-points at Royal Melbourne.

Maybe the new hero doesn't have to be a rookie. Jordan Spieth, still just 28, is expected to be one of Team USA's leaders this go-round. He rediscovered his form in 2021, nearly won the Open and is known for sinking those 20-footers in crunch time.