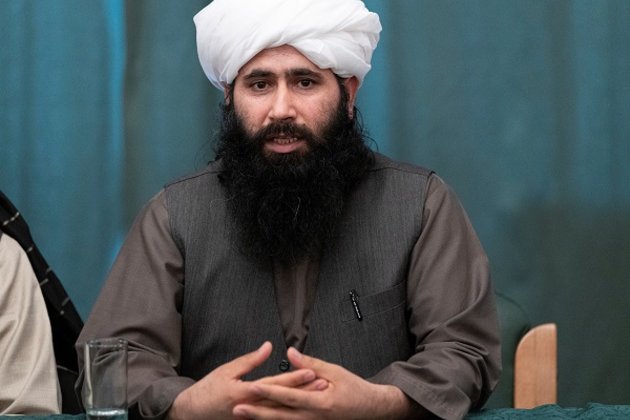 Doha [Qatar], October 13 (ANI): The Taliban on Tuesday said that western countries have remained silent in response to the request to unfreeze foreign Afghan assets in international banks.

"Today, the Afghan government delegation met with representatives of the United States and about 15 European countries, including Norway, Italy, Germany, France, the UK, Sweden. We discussed well-known problems -- human rights, women's rights, the creation of a safe corridor for entry and exit from the country, as well as unfreezing Afghan foreign assets, which are the money of the people," Taliban spokesperson Mohammad Naeem told Sputnik after the meeting in Qatar with the EU delegation.

"It is the right of the people to return this money. However, we have not received any answer yet, they are silent and do not give us any answer. They mention the provision of humanitarian aid for certain amounts, but that's all temporary solutions," he said.

There is a difference between humanitarian and political issues, but ordinary people should not suffer from problems in politics, the spokesperson added.

Afghanistan is on the verge of a major humanitarian catastrophe, and Western countries continue to talk about separate issues, such as the education of women, he said. Media reports say that nearly USD 9-10 billion of Afghan funds have been frozen in Western banks.

The United States on Tuesday said that it will make a decision regarding Afghanistan's bank reserves on the basis of the future government's conduct.

"When it comes to central bank reserves, we will judge and interact with any future Afghan government on the basis of its conduct and its conduct in key areas," US State Department spokesperson Ned Price said during a press briefing.

The Biden administration has decided to freeze billions of dollars of Afghanistan government reserves held in the US financial institutions to halt the Taliban from accessing these funds.

The Taliban took over Afghanistan in August and the US military ended its 20 years of military presence in the country. In the subsequent weeks, the World Bank and the International Monetary Fund suspended financial aid to the country.

Additionally, the US also froze billions of dollars in assets belonging to the Afghan Central Bank.

US President Joe Biden and the other G20 leaders agreed during a virtual meeting to provide humanitarian aid directly to the Afghan people instead via the Taliban government.

"The Leaders also reaffirmed their collective commitment to provide humanitarian assistance directly to the Afghan people through independent international organizations, and to promote fundamental human rights for all Afghans, including women, girls and members of minority groups," the White House said in a statement.

This statement comes after the G20 Extraordinary Summit on Afghanistan. (ANI)