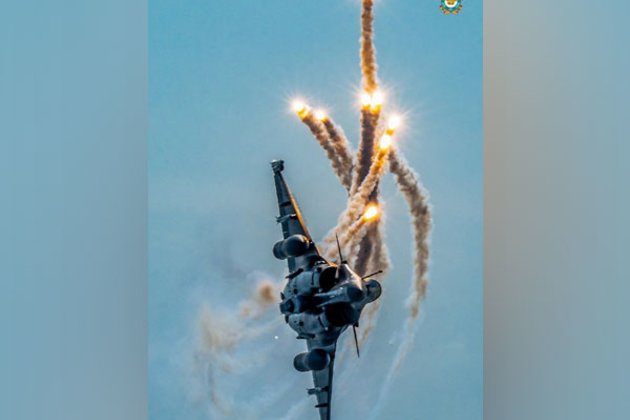 By Ajit K DubeyNew Delhi [India], October 13 (ANI): In a major boost for the Indian Air Force during the ongoing military standoff with China, three more Rafales will arrive in India's Jamnagar in Gujarat on Wednesday evening from France.

With the arrival of these three planes, India would have 29 of the 36 Rafale jets it ordered from France under a Rs 60,000 crore deal inked in 2016.

Three Rafale jets are arriving in the country from France and were provided mid-air refilling over the Middle East by a friendly Air Force. They will be landing at the Jamnagar airbase, government sources told ANI.

This is the first batch of Rafales to be coming from France after Air Chief Marshal VR Chaudhari took over as the Chief of Air Staff earlier this month.

As per plans, the next three aircraft that is the 30th, 31st and 32nd planes would be reaching India by the first half of December and the next three would be joining the operational squadrons by January 26.

The planes coming from France would be distributed between the Golden Arrows squadron in Ambala and the 101 squadron in Hashimara, West Bengal.

The 36th Rafale would be delivered to India with a number of enhancements that would make it more lethal and capable. (ANI)