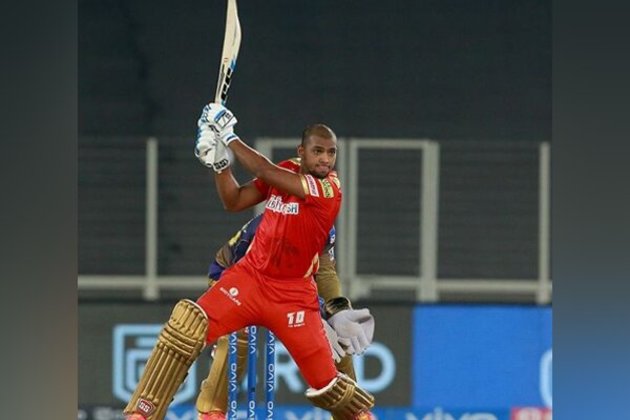 Dubai [UAE], October 14 (ANI): West Indies' Vice Captain for the T20 World Cup 2021 and Punjab Kings' batter Nicholas Pooran said that after a poor IPL run, he wants to refocus on his form.

In a video posted by ESPNcricinfo, Pooran has admitted to feeling that he had let himself down during IPL 2021, but insisted that he was "not concerned at all" about his form ahead of the T20 World Cup.

"The IPL is gone. It's done for me. I just have to refocus and go again. I know personally [that] I've let myself down in terms of not sticking with my process long enough. I felt like I rushed the results a lot and I paid the price," he said, speaking from West Indies' training base in Dubai, as reported by ESPNcricinfo.

"You could see that in my scores. It's just for me to refocus now, hit the nets, work hard and plan again - simple as that," he added.

"I'm not concerned at all. My cricket is based on confidence and my intent. I left the first half of the season scoring what, 20 runs in five, six, seven games. I came and did decent in the last three series for West Indies and in CPL," said Pooran.

"It's about my process, continuing to believe in my process, having faith in my process, and my confidence is very high. I have no doubts in my mind that I can execute my game plan and do good for the team," he added.

West Indies will be facing England in their first game of the T20 World Cup 2021 in Dubai on October 23. (ANI)