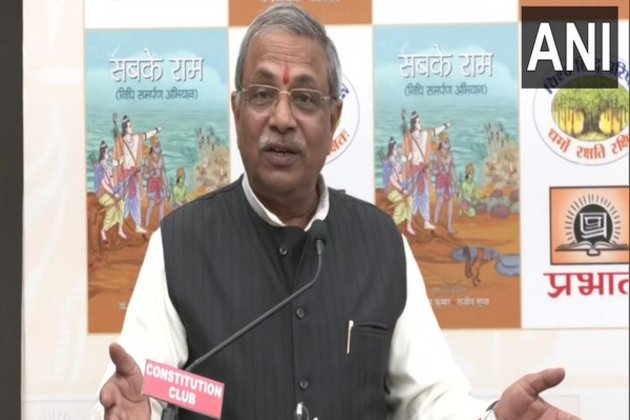 New Delhi [India], January 27 (ANI): Vishwa Hindu Parishad (VHP) Joint General Secretary Surendra Jain on Thursday hit out at former Vice President Hamid Ansari saying his statement that there is an atmosphere of Intolerance and insecurity for Muslims in the country is extremely "unfortunate" and "condemnable".

Speaking to ANI Surendra Jain said, "The statement of former Vice President of India, Hamid Ansari, that Muslim society is insecure due to Hindu nationalism, is extremely unfortunate and condemnable. Despite being a dignitary like the Vice President of India in the past, he has tried to provoke the Muslim society of India.""I want to ask him that is there a Muslim majority country where Muslims are living in peace? Are Shias, Ahmadiya Muslims living in peace in Pakistan? What is the situation inside Afghanistan, Syria, Iraq? Do they have a model where Muslim society is able to live in peace? " the VHP leader asked.

Former Vice President Hamid Ansari, while addressing the Indian American Muslim Council program, had reportedly said, "Hindu nationalism is a matter of concern. People are being divided into religious lines in the country. Controversy is being created among the people regarding nationality."Ansari further said, "Especially people of a particular religion are being instigated. Intolerance is being fueled and an atmosphere of insecurity is being created in the country." (ANI)