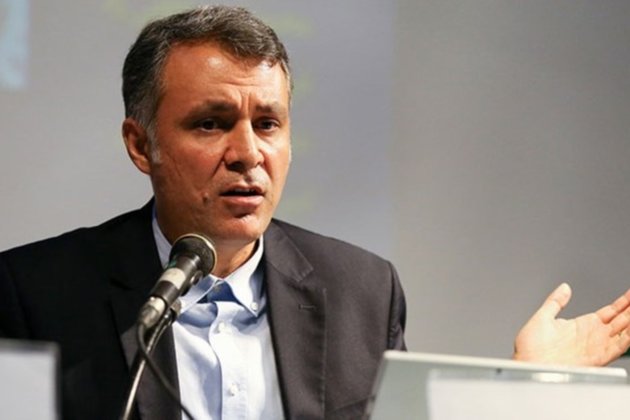 Mohammad Fazeli, a prominent Iranian sociologist, had taught at Tehran's Shahid Beheshti university for seven years before he was dismissed in September.

Fazeli's dismissal only became public in recent days when reports emerged of two other academics being fired.

The firings have raised fears of a new purge of dissenting academics in Iran, where the clerical establishment has dismissed and even imprisoned prominent university professors on political grounds.

Academics working in the field of humanities and the social sciences have been particularly targeted. Supreme Leader Ayatollah Ali Khamenei has previously accused professors working in those fields of promoting "doubts and uncertainty."

After the Islamic Revolution in 1979, authorities instigated a mass purge of Iran's universities, firing hundreds of professors and altering curriculums to promote Islamic values. Under former hard-line President Mahmud Ahmadinejad, who was in office from 2005-13, dozens of professors were forced to retire.

In recent years, academics with dissenting views and those attending events outside the country have been pressured by authorities and sentenced to prison.

The dismissal of three prominent professors has led to a barrage of criticism, with Iranians taking to social media and issuing open letters and online statements to vent their anger.

Some described the dismissals as "political," blaming the moves on Iran's hard-line President Ebrahim Raisi. Other Iranians said their sackings would aggravate the country's brain drain.

A huge brain drain took place after the revolution and a wave of emigration followed the controversial 2009 presidential election, which was accompanied by increased state repression of the political opposition.

"Evidence suggests that those forces who are opposed to the humanities and social sciences and who believe the country can be run without these sciences have re-emerged," Seyed Hossein Serajzadeh, the president of Iran's Sociological Association, told the Shargh daily on January 22.

Students in the central library of the University of Tehran. Prominent journalist Abbas Abdi said Iranian authorities were firing academics to rid educational facilities of their views. But he said such moves were likely to backfire.

Serajzadeh described Fazeli as a hard-working individual and lauded what he said was his exceptional work.

Fazeli worked at the Center for Strategic Studies, the research arm of the president's office, under former President Hassan Rohani, a relative moderate.

Tehran-based based sociologist Saeed Madani, who was recently banned from traveling outside the country, told RFE/RL's Radio Farda that the "elimination process" of academics was as old as the Islamic republic.

"[During] the cultural revolution, some of the professors who were members of universities' scientific boards were fired solely because of their views and despite their outstanding knowledge and abilities," Madani said, adding that clerics have often viewed academics as their rivals.

Fazeli posted a cryptic message on social media in which he appeared to criticize his dismissal.

"One of the worst moments in the history of a nation is a moment or period in which nothing is surprising," he said in a January 10 post on Twitter. "In the face of surprise or wrongdoing, people ask: 'Did you expect anything else?'"

Two other professors who have been widely praised for their work were also fired recently.

Arash Abazari, a philosopher who received his doctoral degree from Johns Hopkins University, was sacked from Tehran's Sharif University. Meanwhile, Reza Omidi, a social policy expert, lost his job at Tehran University. Both have not commented publicly about their dismissals.

It was unclear when Abazari and Omidi were removed from their positions, although their dismissals were only made public in recent days.

Ebrahim Azadegan, the head of Sharif University's philosophy department, told Ensafnews on January 22 that Abazari was apparently fired over an open letter he allegedly signed in 2010. Azadegan did not provide any details about the letter, but he said Abazari had not signed it.

More than four decades after the Islamic revolution, the country appears to be facing another purge of academics.

Azadegan said he believes pressure from a former member of Iran's Supreme Council of the Cultural Revolution, a state body that makes decisions about academic and cultural issues, was behind Abazari's dismissal.

The reason for Omidi's firing was not clear. Fazeli praised him "as one of the top three experts in his field" and called on authorities to "transparently" explain why he had been removed.

Bijan Abdolkarimi, a philosophy professor, was dismissed from Azad University in Tehran in September. Abdolkarimi said he was removed from his position over a 2019 speech that university staff interpreted as supportive of the mass street protests that followed Ahmadinejad's disputed reelection in 2009.

Widespread criticism of his dismissal led the university to review its decision to fire him. But it was not clear if he would be allowed to teach again.

Prominent journalist Abbas Abdi said Iranian authorities were firing academics to rid educational facilities of their views. But he said such moves were likely to backfire.

"Thinkers are more influential in the public sphere than in universities," said Abdi, adding that sacking academics only added to the legitimacy of their ideas.