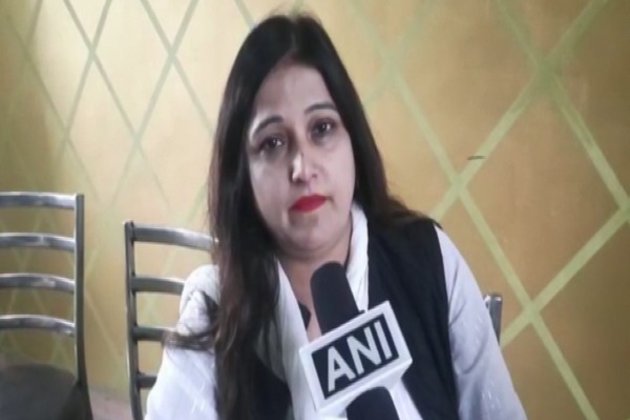 This comes as a huge embarrassment for the Congress party weeks ahead of the Uttar Pradesh Assembly polls.

She underscored, "Because of Priyanka Gandhi she was in the party and will continue to fight for the rights of women but is compelled to leave the party due to people like Onkar."Accusing Onkar of indulging in character assassination, she said, "Party district president Onkar Singh said Muslim women should not get ticket and that I'm a characterless woman."Notably, Farah Naeem was given the ticket from Shekhupur to contest the upcoming Assembly elections but she has now refused to contest the polls following the misbehaviour by Onkar Singh who raised questions over her "character".

Speaking to ANI, Naeem said, "Females are not safe in the Badaun unit of the party. The work that I have put in for my candidature and fought to get the ticket to contest the elections, Onkar Singh maligned my character to stop it. He said that Muslim women should not be given tickets. Congress needs the votes of every section and community of the society.""He did not leave any stone unturned to stop me, he threatened me, he made every attempt to stop my ticket. So if people like Onkar Singh are present in the unit, then I will not contest the elections. I resign from the Congress party as well," she added.

Asked about the allegations that Singh made against her compelling her to take the decision of quitting the party, she said that there are many allegations that hurt her, however, she added that she will continue to fight for women.

"There have been talks that I do not have enough money to survive. The second allegation he made is that I am characterless. he made several allegations that have pained and hurt me. But I have decided that since I am a girl, I can fight, I will not break. I will continue to stand everywhere and will support women who are unsafe and are alone," she said.

However, She has all praise for party general secretary Priyanka Gandhi Vadra for her "Ladki Hoon Lad Sakti Hoon" campaign for women in Uttar Pradesh and said that she is inspired by this slogan, which is why she will fight.

"When I was asked by the in charge, I said that I regret that I served the Congress party, but I am obliged to Priyanka Gandhi Vadra has proved that a woman can fight. This is why I am saying today that I can fight. But since there are people like Onkar Singh in the unit, that is why I will not contest elections and am resigning from the party," she said.