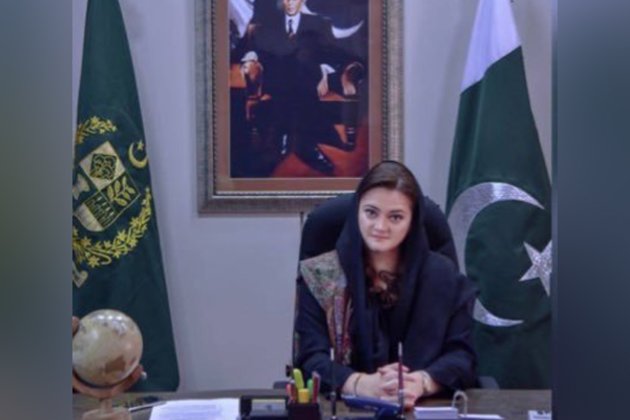 Islamabad [Pakistan], January 28 (ANI): Pakistan opposition leader Marriyum Aurangzeb has demanded that all records, including those revealed by the State Bank of Pakistan, be made public as per the orders of the Election Commission of Pakistan.

Earlier this month, the scrutiny committee of the election organising authority unearthed that the Pakistan Tehreek-e-Insaf (PTI) had concealed several accounts and around Rs 310 million between 2008 and 2013 from the electoral body, The Express Tribune reported.

"The huge sums of money that Prime Minister Imran Khan took through private accounts of his employees were also kept a secret," she said in a statement cited by The Express Tribune.

The Pakistan Muslim League (N) spokesperson said that the details of the premier's "accounts in foreign banks including the UK, US, Australia, Finland are yet to be exposed.

She termed the turning of "charity money for Shaukat Khanum into a political fund another "undeniable proof of Imran Khan's fraud and forgery".

"The listing of the hospital's donors as Pakistan Tehreek-e-Insaf's donors in the ECP report is a dreadful disclosure," she added in the statement, according to The Express Tribune.

The report compiled by the Election Commission of Pakistan (ECP)'s on PTI's funding has found that the party is guilty of concealing 53 bank accounts regarding public funding, according to Daily Times.

If the PTI is as confident about the order in its house it should honour its word and lend the helping hand to auditors. Information about over Rs 300 million missing from the bank statements should be accounted for. as per the demands of the Pakistan opposition, according to Daily Times.

The ECP report stated that the PTI provided "false information" regarding the party's funding. It's said the State Bank of Pakistan (SBP) statement revealed that the party had received Rs 1.64 million in funding. (ANI)