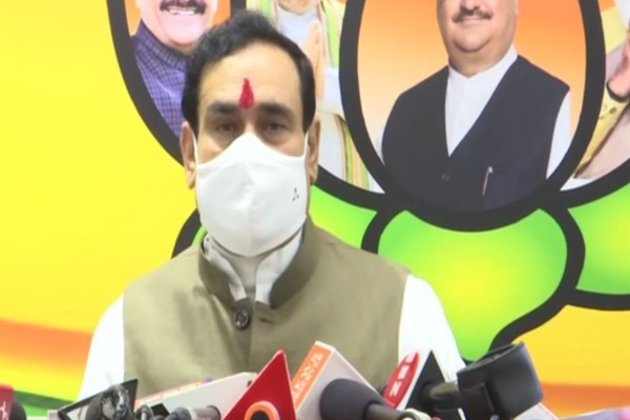 His statement came as a reaction to Ansari's recent statement that there is an atmosphere of intolerance and insecurity for Muslims in the country that is extremely "unfortunate" and "condemnable".

"Uttar Pradesh elections are approaching and the supporters of the Tukde Tukde Gang are getting exposed," Mishra told the media persons in Bhopal.

"Hamid Ansari was made Vice President twice by the country. In this way by saying anti-national things on the online global platform, he has shown his petty mentality," he added.

"Mishra said that Congress leaders whether it is Kamal Nath who used to call Great India as Badnaam Bharat. Be it Digvijay Singh, Salman Khurshid, Rashid Alvi. At any level, they leave no stone unturned to talk anti-national things or defame the nation," he further said.

Mishra stated, "Prime Minister Narendra Modi says that there is propaganda to defame the country. It is slowly and steadily coming in front of us."Earlier, Ansari, while addressing the Indian American Muslim Council programme, had reportedly said, "Hindu nationalism is a matter of concern. People are being divided into religious lines in the country. Controversy is being created among people regarding nationality."Ansari had further said, "Especially people of a particular religion are being instigated. Intolerance is being fueled and an atmosphere of insecurity is being created in the country."Meanwhile, Mishra informed that Madhya Pradesh reported 7,763 cases in the last 24 hours, informed Narottam MishraThe state reported 10,016 new recoveries, he added.

The current active cases in the state stand at 67,945, he further added.