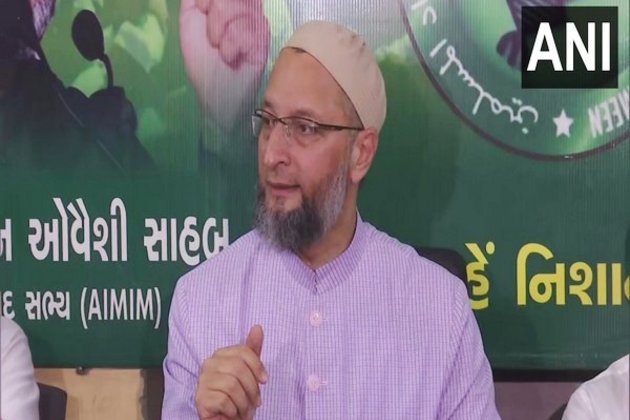 Ahmedabad (Gujarat) [India], May 14 (ANI): All India Majlis-e-Ittehadul Muslimeen (AIMIM) chief Asaduddin Owaisi on Saturday said that India never had and will never have a numerically large Muslim vote bank and the community will never have the potential to change the regime in the country.

"This country never had and will never have any Muslim vote bank. Muslims cannot change a regime in the country. You have been misled. Muslims always thought they were a vote bank. But this is not true", said AIMIM chief Asaduddin Owaisi addressing an event in Ahmedabad.

Owaisi on Saturday declared that he would be contesting the upcoming assembly elections in Gujarat.

"In India, there has been a majoritarian vote bank and will be there. If we could change a regime, why would there be less representation of Muslims in Parliament? If we could change the government....then the court order came on Babri Masjid, and now the Gyanvapi mosque issue has cropped up," added Owaisi.

His comments came in the wake of the Gyanvapi Masjid vs Shringar Gauri case after a Varanasi court allowed the survey of the Gyanvapi mosque in Varanasi. The officials began the court-mandated survey in the mosque.