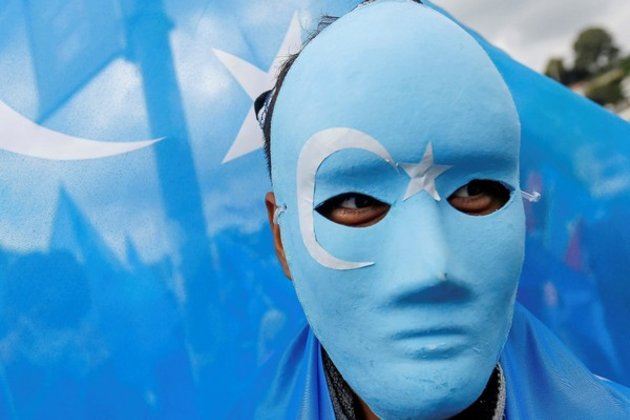 Washington [US], June 22 (ANI): A US law banning imports from China's Xinjiang province took effect on Tuesday, a move aimed at addressing Beijing's use of forced labour among the Uyghur minority.

"Starting today, US Customs and Border Protection (CBP) will begin to implement the Uyghur Forced Labor Prevention Act's provisions to prohibit imports made by forced labour into the United States of products made in Xinjiang," the US State Department said in a statement.

"The State Department is committed to working with Congress and our interagency partners to continue combating forced labour in Xinjiang and strengthen international coordination against this egregious violation of human rights," the statement added.

US President Joe Biden signed the Act into law on December 23, 2021, after it passed with overwhelming bipartisan support in the United States Congress.

Since 2017, Chinese authorities have committed crimes against humanity against Uyghurs and other Turkic Muslims in the northwest Xinjiang region, detaining as many as one million people and subjecting detainees and others to forced labour inside and outside Xinjiang. The new law creates a presumption that goods made in whole or in part in Xinjiang, or produced by entities in China linked to forced labour, are not eligible to be imported into the United States.

"The new US law means it's no longer business as usual for companies profiting from forced labour in China, and Xinjiang especially," said Jim Wormington, senior researcher and advocate for corporate accountability at Human Rights Watch (HRW). "Companies should swiftly identify any supply chain links to Xinjiang and exit the region or risk violating US law and seeing their goods detained at the US border."A Chinese official on Tuesday said that the US ban on all imports from China's Xinjiang Uygur Autonomous Region is a typical example of economic coercion.

The move will seriously damage the interests of Chinese and US consumers and enterprises and will do no good for the stabilization of global industrial and supply chains, global inflation easing, or the promotion of global economic recovery, a Chinese Commerce Ministry spokesperson said in a statement.

In firm opposition to the ban, the Chinese spokesperson said the United States is practicing unilateralism, protectionism and bullying in the name of "human rights," which seriously undermines market principles and violates the rules of the World Trade Organization. (ANI)