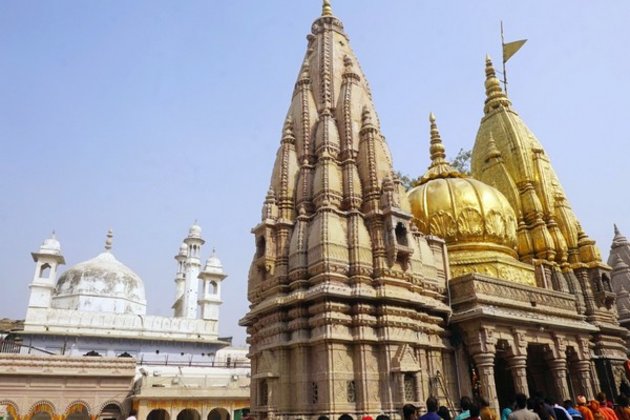 A petition was filed before the Court by Anjuman Intezamia Masjid Committee on Thursday, seeking at least 15-day time in wake of Advocate Abhay Nath Yadav's demise and the fact that all files are locked inside his chamber.

The Supreme Court last month adjourned the appeal filed by the Anjuman Intezamia Masjid Committee to October first week, saying it will wait for the decision of the Varanasi court on the Committee's plea questioning the maintainability of the suit filed by Hindu women.

A bench of Justice DY Chandrachud, Surya Kant and PS Narasimha also declined to entertain a fresh plea to offer water to the 'Shivling', said to be found in the Gyanvapi mosque.

The bench said such prayers cannot be entertained when the suit is already pending. The plea has said that since the month of 'Shravana' is starting, Hindus may be allowed to offer puja and exercise their right.

It also declined to entertain another plea filed by seven women seeking carbon dating and ground penetrating radar survey of the discovered Shivling within the Gyanvapi Mosque.On May 20, the Supreme Court ordered the transfer of the case related to worship at Gyanvapi mosque from the civil judge to the District Judge, Varanasi.

It had ordered that its interim order passed on May 17 -- to protect the area where the Shivling was found and access to Muslims for namaz -- shall continue in operation till maintainability of the suit is decided and thereafter for eight weeks to enable parties to pursue legal remedies.It had said that District Judge should decide the maintainability of the civil suit in the Gyanvapi-Kashi Vishwanath on priority as sought by Committee of Management Anjuman Intezamia Masjid Varanasi.

The appeal was filed by the Committee that manages the Gyanvapi mosque in the top court challenging an order of Allahabad High Court permitting a court-appointed commissioner to inspect, conduct a survey and videography of the Gyanvapi mosque to which Hindus and Muslims have laid claim for the right to worship. (ANI)