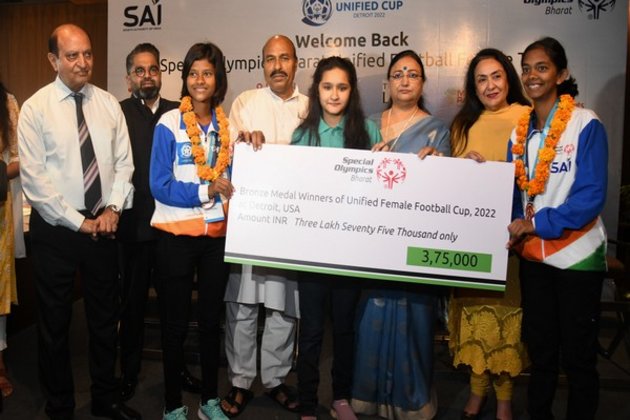 The event was held here on Tuesday and was attended by the Minister of Social Justice and Empowerment Virender Kumar.

He was joined by many other guests including the SO Bharat officials Dr Mallika Nadda, Chairperson; Air Cmde LK Sharma, Executive Director. The team arrived at 9 pm on August 8 2022 after a week-long event held in Detroit, Michigan, USA from July 31 to August 6 2022.

At the event, the team was presented with a cheque of 3.75 lakh by SO Bharat. Special Olympics Bharat also received a cheque of 1.5 lakhs from the Prime Volleyball League.

The event was also attended by Dr Jyotsana Suri and Dr Amit Bhalla, Vice-president of Manav Rachna Educational Institutions who made crucial contributions to the preparations of the team for the international tournament.

Team SO Bharat returned with a Bronze Medal booking their spot finally in a clash with SO Serendib (Sri Lanka) scoring a win against them at 11:1. India played its first match against UAE winning 2:1 while lost to Burkina Faso, Mexico in Group C and in the semi-finals against Namibia. Additionally in a Unified Celebrity match, wherein the celebrities played alongside special Athletes, India was represented by Papiya Murmu, an athlete from West Bengal. She made the sole goal scored by her team.

"The Unified Cup once again amplified the message of inclusion to a crescendo, unfolding over 20 teams coming from diametrically diverse cultures, making Detroit, home to the week-long event, an outstanding potboiler of sorts. Inclusion is for sure although, slow. I was overwhelmed to see the Indian team celebrate its final victory with its competing team bringing out the essence of inclusion and the spirit of India. Although the event has concluded, the attitude of inclusion must go on. I request the media to be our proactive partners in spreading the word to end discrimination and promote the inclusion of Persons with Intellectual Disability," said Dr Mallika Nadda, according to a release.

"I would like to congratulate the SO Bharat Team, their coach and the players on winning the bronze medal at the 2022 Unified Cup. SO Bharat team's victorious campaign in Detroit has proved that girls in our country are talented and are capable of doing wonders if given the right opportunity. The girls in India are talented but they need our support and direction in fulfilling their potential, and they have our undying support," Virender Kumar said.

Dr Jyotsana Suri, who has been one of the biggest supporters of the Special Olympics Bharat Unified Football Female team, said, "this is a special moment for us all as it has been an honour from day one to be part of the Special Olympics Bharat team. This squad has filled us with immense pride and happiness. We will be ever present in our support for this team and help them out with anything and everything they need. I am sure now that this team has won Bronze in Detroit, a Gold Medal in Germany is almost certain and we wish them all the best for it."Head coach of the team C Santhiya also expressed her elation. "I feel extremely happy right now as I could help guide the team that won the Bronze Medal as the players achieved something truly remarkable. I am almost lost for words to describe their achievement. What truly made me happy was to see my players slowly grow in confidence and come out of their shells during the training camps and even the tournament, which also helped the team bond extremely well. It is also a testament to the power of sport and how it could help include underserved sections of society." (ANI) 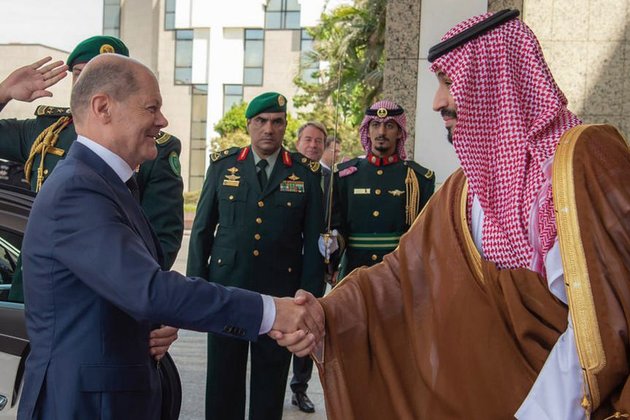