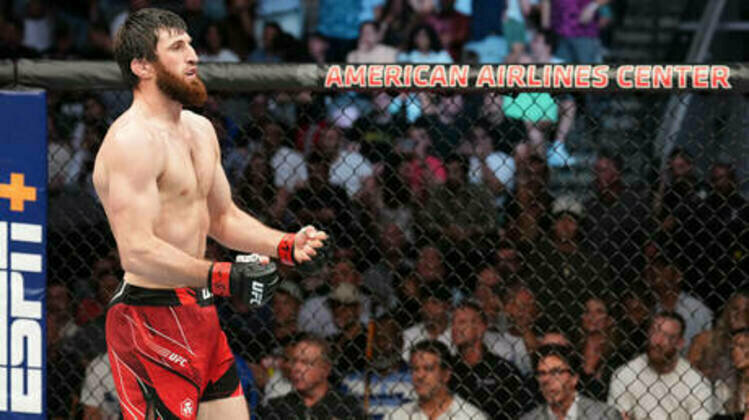 Ankalaev, 18-1 in his mixed martial arts career, was set to take on Polish former light heavyweight champion Jan Blachowicz in the UFC 282 co-main event in Las Vegas on December 10, but that bout has now been moved to the headline slot in place of the previous top-billed fight, Prochazka against Glover Teixeira.

It was revealed late on Wednesday that Czech fighter Prochazka had suffered a serious shoulder injury which is expected to sideline him for a year or more - prompting a reshuffle which handed Ankalaev and Blachowicz an opportunity to claim the UFC's 205lbs title.

Teixeira, meanwhile, has been removed from the card entirely.

"UFC light heavyweight champion Jiri Prochazka has suffered a shoulder injury that will require a significant rehabilitation period," the UFC announced in a statement.

"Out of respect to the athletes and the division, Prochazka has elected to vacate his title and will compete for the belt as soon as he is medically cleared."

Ankalaev has been near faultless in his career to date. His sole loss came in his UFC debut against Paul Craig in 2018, when he was submitted with one second to go in the final round of a fight he was dominating.

Since then, the 30-year-old Dagestani has won nine straight fights in the UFC's shark tank 205lbs fold, including wins against former number one contenders in each of his past three bouts.

In Blachowicz, though, he will likely face the sternest test of his title credentials. The Pole, himself a former UFC world champion, is 10-2 in a run dating back to October 2017, and has handed defeats to well-regarded fighters such as Israel Adesanya, Luke Rockhold and Aleksandar Rakic.

It is expected that Prochazka will challenge for the light heavyweight championship upon his return to the UFC. For now, though, his misfortune has potentially opened a door to yet more Russian dominance in the world's most prominent mixed martial arts fight league.