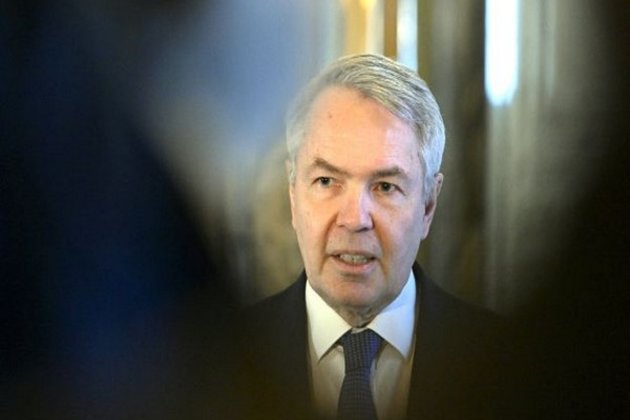 Helsinki [Finland], January 24 (ANI): Finnish Foreign Minister Pekka Haavisto indicated that Finland may have to join NATO without Sweden after Ankara cast doubts on the expansion of the alliance over anti-Turkey protests in Stockholm, reported euronews.

Haavisto in a statement on Tuesday said that Finland must consider joining NATO without Sweden after Turkish President Recep Tayyip Erdogan ruled out giving a green light to Sweden's bid, following a Quran-burning protest in Stockholm.

Joint membership of the two Nordic countries remains "the first option" but "we obviously have to assess the situation, if something has happened which means that in the long term, Sweden can no longer move forward", said Pekka Haavisto, reported euronews.

Haavisto's statement implies that Finland is now considering proceeding without its Nordic neighbour, though he also emphasized that it is "too early to tell."Sweden and Finland have been jointly applying to join NATO, but Turkey has so far blocked the expansion, citing concerns that Sweden needs to crack down on exiled Kurdish militants and their sympathizers and extradite critics of Turkish President Erdogan, reported euronews.

The joint bid by Sweden and Finland to join NATO requires the approval of all existing members, including Turkey. Until now, the two countries have been committed to joining the alliance together, but Haavisto's comment suggests that this may no longer be the case.

The statement follows a recent Quran-burning protest in Stockholm, which resulted in Turkey ruling out support for Sweden's bid to join the military alliance. Swedish Foreign Minister Tobias Billstrom has stated that "we are in contact with Finland to find out what is really meant."On Monday, Erdogan said Sweden could no longer count on his country's support, following a Quran-burning protest in the Swedish capital that sparked protests in Turkey and the Muslim world, reported euronews.

The Danish-Swedish far-right politician Rasmus Paludan set fire to a duplicate of the Muslim holy e-book on Saturday at the entrance of Turkey's embassy within the Swedish capital, angering Ankara and Muslim international locations around the globe.

"Sweden shouldn't count on help from us for NATO," Turkey's President Recep Tayyip Erdogan mentioned Monday in his first official response to the act.

"It's clear that those that prompted such a shame in entrance of our nation's embassy can now not count on any benevolence from us relating to their utility for NATO membership," Erdogan mentioned.

Swedish leaders have roundly condemned the Quran burning but they defended their nation's broad definition of free speech.

"I wish to be categorical in my sympathy for all Muslims who are offended by what has occurred in Stockholm at this time," Prime Minister Ulf Kristersson tweeted on Saturday.

The incident got here simply weeks after a help group for armed Kurdish teams in Syria, the Rojava Committee, hung an effigy of Erdogan by the ankles at the entrance of Stockholm Metropolis Corridor, sparking outrage in Ankara.

Haavisto mentioned the anti-Turkey protests had "clearly put a brake on the progress" of the purposes by Finland and Sweden to hitch the trans-Atlantic army alliance.

My very own evaluation is that there might be a delay, which will definitely be finalised till the Turkish elections," Haavisto mentioned.

Turkey's President Recep Tayyip Erdogan on Sunday announced that elections will be held on May 14, a month earlier than scheduled, according to a video shared by his office Sunday.

Turkey's presidential and parliamentary elections were scheduled to be held on June 18 but President Erdogan previously signalled that the vote could be brought forward, reported Khaleej Times. (ANI)