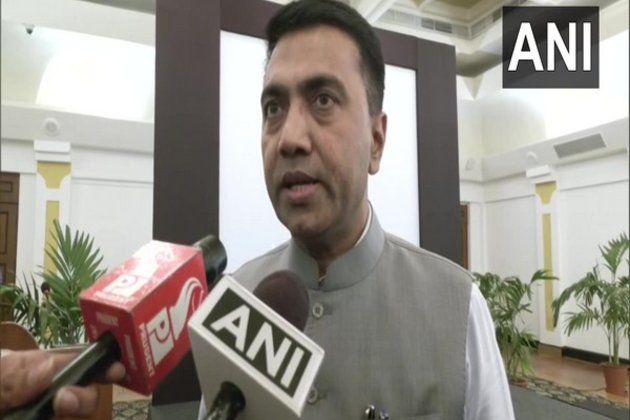 Panaji (Goa) [India], January 25 (ANI): Amid the ongoing water dispute with Karnataka, Goa Chief Minister Pramod Sawant has said that the government will do "whatever" has to be done for Mhadei river, "legally and politically."Goa and Karnataka are battling out a two-decade-long dispute over the sharing of the Mhadei waters. While the river runs 28.8 km in Karnataka, it is over 50 km in length in Goa.

"No matter what anyone says, we are firm in our decision and will do whatever has to be done for Mhadei, legally, politically, and technically. We are taking whatever steps need to be taken," Sawant said On Tuesday.

Mhadei, also known as the Mandovi river in Goa and Mahadayi in Karnataka, is considered as a lifeline in the northern parts of Goa. It originates in Karnataka and meets the Arabian Sea in Panaji in Goa, while briefly flowing through Maharashtra.

Earlier on January 12, a delegation of the Goa government, led by Chief Minister Pramod Sawant met the Union Home Minister Amit Shah in the national capital, over the Mhadei river issue.

The delegation urged for the immediate constitution of the Mhadei Water Management Authority as given in the award and also urged for the withdrawal approval given to Karnataka's detailed project report (DPR) for the disputed Kalsa-Bhanduri dam project. (ANI)