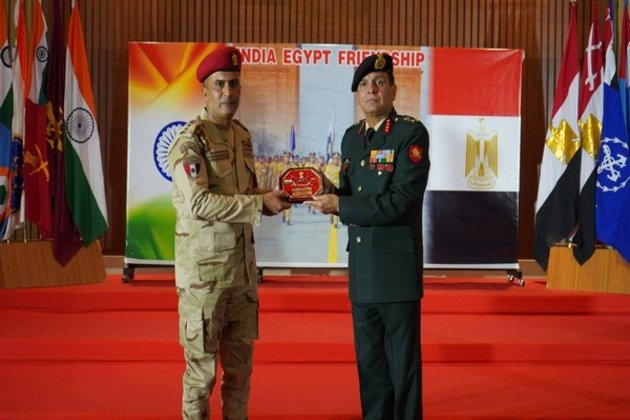 The participation of the Egyptian Armed Forces contingent bears testimony to the long-standing friendship between the two countries.

"Lt Gen Dhiraj Seth, GOC Delhi Area interacted and felicitated the Egyptian Armed Forces marching contingent participating for the first time, in the RepublicDay23 Parade. The participation of the contingent bears testimony to the long-standing friendship between both the Nations," tweeted the Additional Directorate General of Public Information, Indian Army.

Meanwhile, the special forces of the Indian and Egyptian armies, are currently engaged in the first-ever joint exercise named 'Exercise Cyclone' at Jaisalmer in Rajasthan. The exercise kick-started on January 14.

The Indian Army also tweeted the video of Exercise Cyclone.

The commander of the Egyptian Army contingent, Colonel Mahmoud Mohamed Abdelfattah Elkharasawy, expressed his delight at being invited to participate in India's 74th Republic Day parade on Thursday, hoping that the gesture will go a long way towards boosting bilateral ties and friendship between India and Egypt in future.

"We have the pleasure of participating in India. This is the first time we are visiting India. It is a great country with civilisation as old as ours in Egypt. We both are old civilisations. We have been here for four days and practised with our friends in the Indian Army. Our relationship is strong and we love supporting each other," Elkharasawy told ANI.

On performing with the Indian troops on Republic Day, Elkharasawy said the Republic Day parade will showcase the country's strength and military might. "This ceremony will be a demonstration of India's power before a global audience. It is an old and great ceremony. Tomorrow, we will participate in this ceremony and showcase the strength of the Egyptian forces," the commander of the Egyptian contingent added.

He informed that 160 Egyptian military personnel would represent the country's armed forces at the Republic Day Parade on Thursday.

On the bilateral ties between India and Egypt, he said, "Our countries share a strong bond and have a great relationship. I hope this friendship goes from strength to strength in future. We also hope more people from India visit Egypt."Egyptian President Abdel Fattah El-Sisi is the chief guest at the 74th Republic Day parade. The President arrived in the national capital, New Delhi, on Wednesday, accompanied by a high-level delegation.

This is the first time an Egyptian President has been invited as the Chief Guest at the Republic Day parade. (ANI)